When it comes to gaming on a smartphone even on PC, you are loaded with tons of options from a wide range of categories, including war games, battle royal games, open-world games, action games & lots of other. This article is all about games under 1gb.

The size of the games is increasing day by day in competition to offer you real-life gaming experience, but it is not true that big games are always better; if you are searching for games under 1gb, then you are in the right place.

Here in this article, we are going to review the top 15 best games for Android, iOS & PC under 1gb size. All the best features games will offer you incredibly outstanding gaming experience, even on low-end devices. 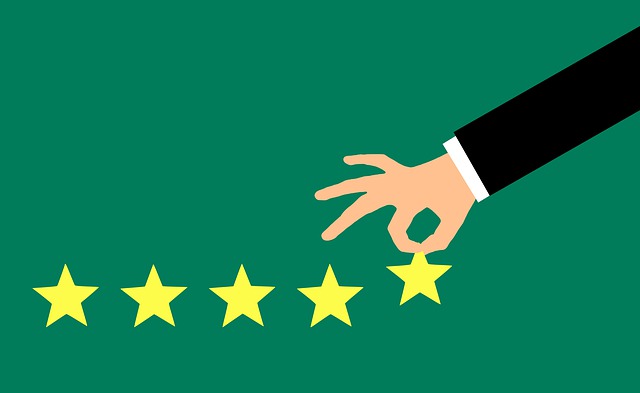 Best Games Under 1GB For Android

PUBG is the first name that comes to mind when it comes to gaming on a smartphone, PUBG Mobile Lite is the lite version of PUBG mobile, specially developed for the low-end devices, you can even play this game on a smartphone with less than 2 GB of RAM.

Garena Free Fire is another best battle royal game for smartphones, the game entirely like PUBG, where 100 players will land on one island and try to survive till the end to win. You can directly install Garena Free Fire from google play store for free.

This game is only about 600 MB but offers you the graphics and gaming experience that you never experienced before, Garena Free Fire has a different mode, guns, maps & vehicles that create a complete battle royal experience.

NOVA 3 is the best top FPS multiplayer action that offers you the most immersive and thrilling sci-fi FPS privilege on the smartphone. It’s a premium game, so you have to purchase it.

While playing the game, you can use its voice chat feature to interact with your friends in real-time that makes it more enjoyable. This game has varied weapons & power, allows you to run, shoot, drive vehicles, and pilot a mech to destroy crowds of enemies in the match.

You can play this game in 12-player battles in 7 multiplayer modes on seven different maps that offer you never-ending gaming experience.

Asphalt 8 is the most played racing game not just on Android but even on all the gaming platforms such as Xbox, PlayStation, & PC. Also, you will get real-life racing experience with this game thanks to its incredibly outstanding standing graphics quality.

More than 260 high-performance cars & bikes make this racing game more enjoyable & allow you to inspire and push beyond their limit. It allows you to customize your racing cars & bikes fully so that you can better enjoy it. New vehicles will unlock when you complete levels.

Clash of Clans is a freemium video game that means you can play for free, but for some features or options, you have to purchase the premium membership, it was one of the most played games on a smartphone before PUBG mobile.

Not just for Android, Clash Of Clans is also available for iOS. This fantastic mobile strategy video game developed by Finnish game developer Supercell. Clash of Clans is all about friendly challenges, civil wars, and special events.

Best Games Under 1GB for iOS

Frontline Commando is one of the most played games among iOS users. Not just on iOS; you can also play it on Android smartphones. It has more than 10,000,000+ installations over the App store & Google play store that shows the popularity of this game among smartphone users.

This game is only about 14MB, but don’t go on the size, it is a fantastic battle royal game, You can directly install it from the App store, it’s entirely free to install but features in-app purchase. Frontline Commando: D- day is designed and developed by Glu Games Inc.

UFC Mobile is one of the most played fighting games on iOS from EA Sport, in order to make this game more instructional, they have recently added a new bar for character representation and emotion in gaming. Now you will get better fighting experience as the action, excitement, and intensity.

While playing, you will feel that you are fighting in real life thanks to its incredible outstanding graphics quality. You can better enjoy this game thanks to its intuitive touch controls, HD-quality visuals & action-packed gameplay that create a different combat experience.

UFC Mobile is free to play the game, available for both iOS & Android. It features an in-app purchase.

Spiderman Unlimited is an all-time favorite game among children & youngsters; it is one of the most played games. In this action game, you can as the lead character control the title character and its high alternative version & going to fight with the members of Sinister Six and their multiverse counterparts. Gameloft develops spider-man Unlimited, it’s an endless runner video game based on Marvel Comics superhero Spider-Man.

Now in the updated and latest version of the game brings the family together and an interdimensional monster hunt featuring Agent Venom. Spiderman Unlimited is available for all the platforms, including Android & PC.

Brothers in Arms 3 is the world war II ers shooter game, you can pick up your favorite weapon in the game. You will get eye-catching visual effects with the help of its stunning indoor and outdoor settings.

This game is also available for other platforms including Android & iOS; the game is about the story of brave soldiers from different parts of the world on the frenzied multiplayer battlegrounds of World War 2.

When you complete the level of games, the difficulty level will gradually increase for better prizes. Brothers in Arms 3 allows you to play in 2 different modes & 4 different maps.

Rayman Adventures will offer you an exciting mix of timeless adventure and breathtaking visuals; you can play with more than 55 playable characters, including Rayman, Barbara, Globox, or Teensie.

In the game, you can run, swim, hover & take giant flying leaps. In simple words, you are going to jump into the action. You will travel seven fantastic worlds in this action-packed Rayman 2D platformer.

Rayman Adventures is free to install the game, also available for Android.

1. Prince of Persia: Sands of Time

Prince of Persia: Sands of Time is the favorite game of PC users of all time, it’s an action-adventure game, Even the size of the game is less than 1gb, but you will get the outstanding graphics quality that you never experience before in such a small game.

Assassin’s Creed 1 is one of the best games when it comes to best games under 1gb for PC; it’s an action-adventure video game developed by Ubisoft Montreal. You can also play  Assassin’s Creed on lots of other gaming devices including PlayStation 3 and Xbox 360.

You can also play this on a system with a low configuration. Even on low configuration, you will experience any lag or frame drop. The mood and tone are well presented and created in this fabulous nostalgic and revolutionary video game.

Talking about the game, TOD is a Mexico based action game, Ram Cruz is your character in the game, and you are going to find the killer of your father. this game is entire of vengeance, drama, and gunfire

Counter-Strike is another best video game for PC, its multiplayer first-person shooter video games. It will offer you cinematic war experience even on low-end computers.

In this game, you are playing as the teams of a terrifying battle to perpetrate an act of terror and counter-terrorists try to prevent it, Counter-Strike is not an only game. It’s a series of video games; you can play all their games on different platforms, including Windows, Mac & PS4.

Call of duty 2 is the part of the Call of duty series; it’s a royal battle game, basically a first-person shooter video game developed by Infinity Ward. Call of duty is one of the best shooter games; you can play it in various modes.

In this game, you can also pick up the gun of an enemy you have killed. Not just for PC, lots of games in Call of duty series available for the different platforms, including Microsoft Windows, Xbox 360, Macintosh operating systems, Windows Mobile. Recently Call of duty also released its new version for a smartphone.

All the above-featured games are under 1gb size, and you can also play it on low-end devices with incredibly outstanding graphics quality & almost all the games are free to play.